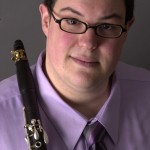 The Merion Concert Band presents its winter concert, “Variations,” on Sunday, February 21st at 3:00 PM at Harriton High School in Bryn Mawr. The program features several well known “Theme and Variation” pieces including Variations on a Shaker Melody from Appalachian Spring by Aaron Copland, the Enigma Variations by Edward Elgar and Variations on “America” by Charles Ives. Gregory Marsh, clarinetist and concertmaster of the Eastern Wind Symphony, is the featured soloist on pieces by Carl Maria von Weber and Giochino Rossini, each entitled Introduction, Theme and Variations.

“The programming for this concert conjures images of places near and far and displays seminal and award-winning music,” said Merri Lee Newby, president of the Merion Concert Band. “Every piece on the program has been influential in some way, culturally or musically or both,” she added. The theme and variation form dates back to the early sixteenth century and gives listeners an opportunity to discover the many ways a melody can be varied by changing the melody itself or other elements such as harmony or rhythm.

Mr. Marsh, a New Jersey native and adjunct professor of woodwinds at Rowan College at Burlington County in Pemberton, N.J., has played clarinet since the age of nine and received his Bachelor’s of Music Degree in Music Education from the College of New Jersey and went on earn his Master’s of Music in clarinet performance from the Peabody Institute of Music. His talents will be fully evident in the Rossini and Weber pieces which showcase the melodic and dynamic range of the instrument as well as the virtuosity of the soloist.

The February 21st concert is free and open to the public. Harriton High School is located at 600 North Ithan Avenue in Bryn Mawr. There is ample parking and the facility is wheelchair accessible.